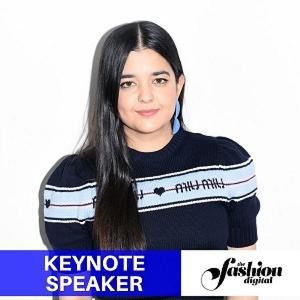 Founding Director, The Fashion Digital
Natalie Hughes is the founding director of social media and content agency, The Fashion Digital, with clients including the British Fashion Council, ASH, Sunspel, 7 For All Mankind and H&M. Natalie founded the agency in 2016, having worked as a freelance consultant for brands including Christian Louboutin, LK Bennett and Sophie Hulme. Natalie was formerly Social Media Editor at Net-a-Porter and held roles as Social Media Manager and later Features Editor at MatchesFashion.com. In addition, Natalie created and ran the sell-out Central Saint Martins short course, Master Fashion Social Media, and worked as a trainer for the PRCA since from 2015-2019. She is a regular speaker for the likes of Pure London and Pinterest''s Pinstitute, provides comment for publications such as Vogue Business, Elle, The Wall Street Journal and Digiday, and has held judging roles for the Digiday Awards and The Drum Social Buzz Awards.